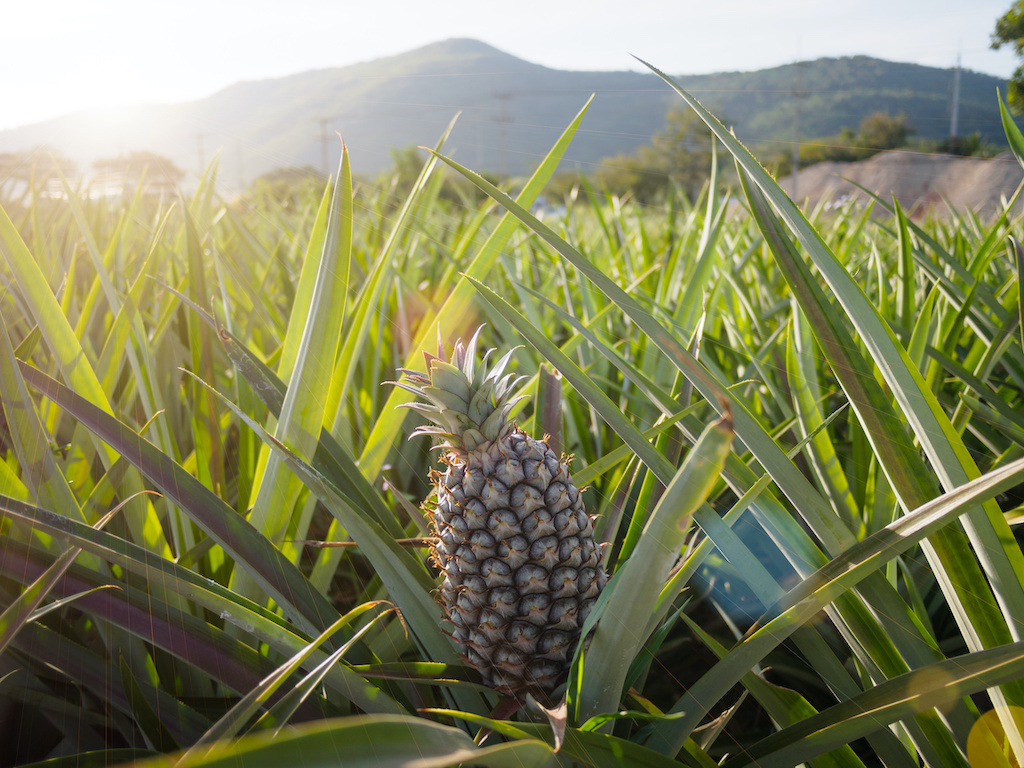 Walking the aisles of a grocery store in Hawaii can feel like an unintentional geography lesson. Tomatoes from Mexico. Asparagus all the way from Ecuador. Eggs from California. The small selection of locally grown produce and “Made in Hawaii” products are generally more expensive than their imported counterparts that have been shipped thousands of miles. It’s enough to make you scratch your head and wonder how this all makes sense – and you were just after the ingredients for your next meal!

How Ancient Hawaii Fed Itself

Hawaii hasn’t always been so heavily dependent on food from far away. In ancient Hawaii, Hawaiians sustained large populations using the Kapu system of law and the Ahupua’a land division system. Each island was subdivided into multiple ahupua’a, a pie-shaped slice of the island running from the mountains to the sea that was based on the boundaries of the natural watershed. To this day, you can see the remnants of the ahupua’a system in the place names and street names of Hawaii.

According to the County of Hawaii Planning Department,

“Each ahupua’a contained the resources the human community needed; salt and ocean resources, taro or sweet potato farmed in the fertile midlands, to Koa and other trees grown in the mountain areas.”

The canoe plants brought by Hawaii’s first Polynesian settlers, including taro, banana, coconut, breadfruit, sweet potato, yam, sugar cane, turmeric, kava, and others formed the basis of ancient Hawaii’s diet. Farmed crops were supplemented by animal protein from pigs and chickens, (also introduced by Polynesians) as well as resources harvested from the ocean. In addition, ancient Hawaiians had a sophisticated aquaculture system established with fishponds and fish traps built in coastal areas. Remnants of these sites can be found in a high concentration along the Kona and Kohala coast of the Big Island of Hawaii.

No one can be totally sure about the population of ancient Hawaii before European contact. Numbers vary from 300,000 to upwards of 800,000. A recent study puts the estimate at 683,200 people in 1778. It is impressive that over half a million people were able to subsist entirely off this remote island chain, growing, hunting, or foraging everything that they ate.

Things changed rapidly after the abolishment of the Kapu system in 1819 and then the overthrow of the Hawaiian monarchy in 1893. From the mid 19th to the mid 20th century, sugar boomed in Hawaii and massive sugarcane plantations ate up land once dedicated to diversified agriculture.

In 1940, the popular local supermarket KTA opened its first store in Hilo. In 1958, the shipping company Matson introduced container shipping to Hawaii, revolutionizing efficiency for transporting goods to the islands. One year later, Hawaii became a U.S. state in 1959. More and more tourists came to the islands and more mainland Americans settled in Hawaii, bringing their consumption habits with them. Over the years, diets and tastes changed drastically to include many foods sourced from elsewhere.

Food from Far Away

Today, the Hawaiian Islands have a population of around 1.4 million residents. In 2019, the state saw over 10 million visitors. Feeding all these people is a tall order. Hawaii imports around 80-90% of its food at a cost of around $3 billion annually.

A 2012 report published by the Office of Planning Department of Business and Economic Development and Tourism in cooperation with the Hawaii State Department of Agriculture includes some interesting information on Hawaii’s food security. The report estimates that replacing just 10% of the food Hawaii currently imports would amount to approximately $313 million dollars which would remain in the State. Today, the numbers are likely even higher than that.

The report makes a number of recommendations to help promote food security in the state, including a “buy local” campaign, offering agricultural education programs in schools, and providing policy, legislative, and advocacy support for agriculture in Hawaii. There is still much room for growth, education, and advocacy in this area.

Aside from specialty export crops like coffee and macadamia nuts, Hawaii farmers tend to do better growing crops for local consumption with a niche focus. One example of a farm that has been very successful at this is Kawamata Farms, a hydroponic tomato farm in Waimea. This family run farm, in operation since 1995, distributes its tomatoes to major supermarkets across the Hawaiian Islands.

Farmers Markets and CSAs (community supported agriculture) provide Hawaii’s small farmers with an alternative outlet for selling their produce to locals. On the Big Island of Hawaii, many weekly farmers markets exist that are well attended by local residents. The town of Waimea is especially known for its farmers markets, having three different markets that set up multiple times per week.

Others are taking the matter of food security into their own hands, planting backyard gardens to grow their own fresh produce. Since the outbreak of the COVID-19 virus in early 2020, home gardening is trending, with many seed stores and nurseries seeing an uptick in business.

An article in the New York Times highlights this trend and reminds us of the World War II “Victory Gardens” which once produced 40% of the country’s fresh vegetables from some 20 million gardens. These war time gardens were promoted by the government as each citizen’s patriotic duty. The advertising campaign involved pretty young women in shorts and skirts exercising their green thumbs. However, as the war became history, many gardens reverted to lawns.

A home garden is a key component of sustainable living and a key factor in making Hawaii more food secure. However, it needs to be a planned and consistent action, rather than a panic response to a crisis that fizzles out when things return to ‘normal’.

When it comes to sustainable building at Kuwili Lani, the outside edible landscape is given just as much thought as the home design. We are the first in Hawaii to adopt the revolutionary idea of ‘sustainable agrihoods’ – neighborhoods which have the ability to produce the lionshare of their own food while using renewable energy sources.

Kuwili Lani residents can customize just how much edible landscaping or gardening space they personally want to allocate on their property. Our developers and local business partners have a wealth of resources available for those that are interested in growing their own food, from what types of plants do best, placement, and more. The subdivision lot maps section of our site offers an illustration of potential edible landscaping design.

Have more questions about growing your own food or sustainable agriculture? Contact us to learn more!